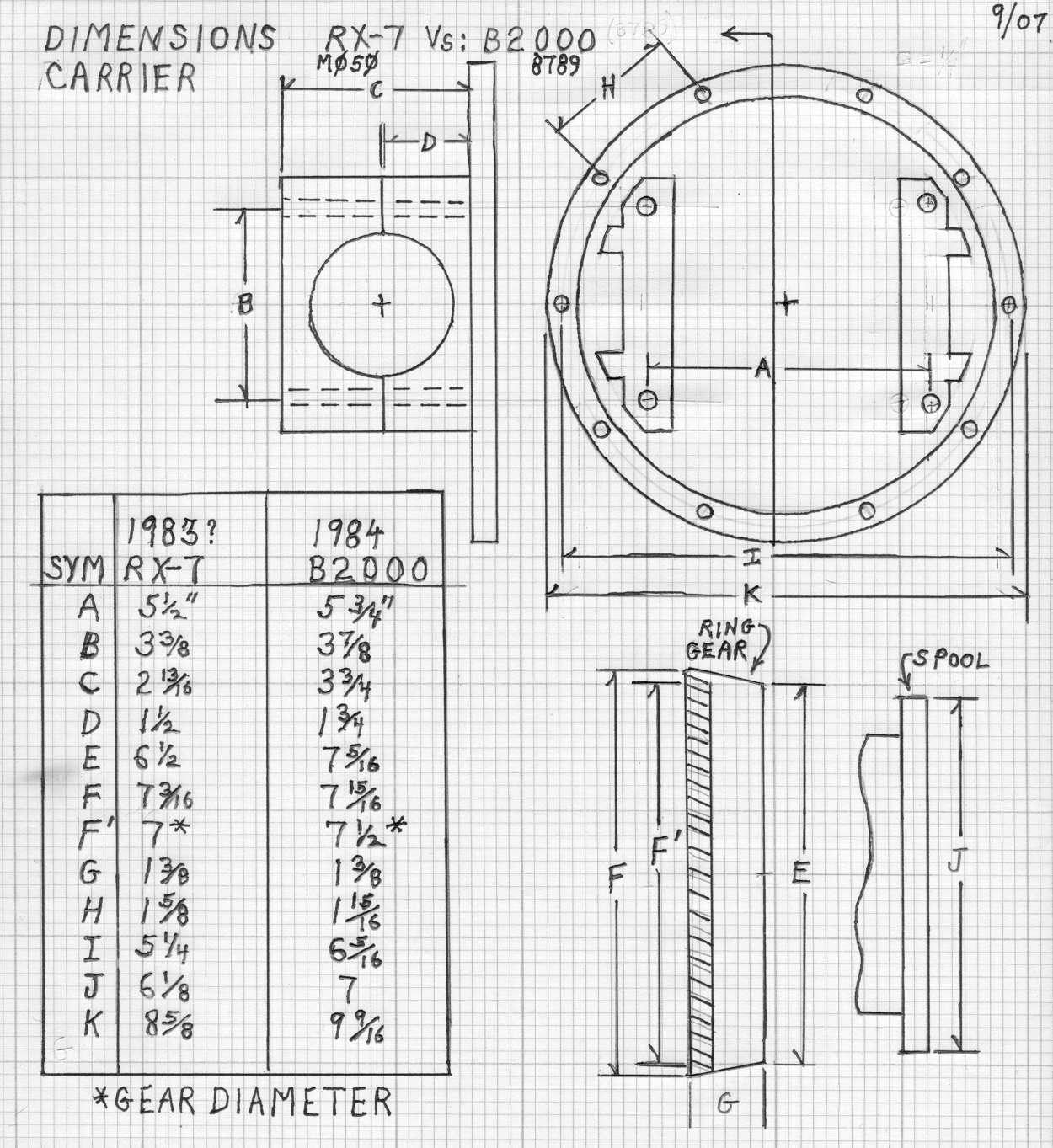 Next minor problem:
Luckily I also wanted to reset the backlash on my ring & pinion (r/p), so it wasn't a completely wasted effort to take my rear end apart. I also found out that my wheel bearings needed replacement. That's another story altogether.

Based on all the above, it would be natural for a person to assume that my rear end was a 1984 axle. The first three letters of assume is what you can sometimes become if you make assumptions.

I ordered the wheel bearings etc for a 1984 axle and when they arrived they were too large. After doing more research on the web, measuring my present bearings, looking at my RX-7 fiches and finding bearing dimensions on this Timken bearing page on the web that gives the actual bearing sizes for many cars, I realized that I have a 1983 GSL axle -housing- (which does take the smaller bearings) with "1984" gears installed in it!

And to make the story even more strange, my axle came out of a 1983 RX-7 GSL! Can it be that Mazda has a time machine? Or the parts fiche doesn't quite give all the info one might desire.

Moral of story, trust but verify.

P.S. After adjusting the backlash and replacing the wheel bearings, my car shifts much quieter, the "grunching" noises from the wheel bearings are gone, and the crashing noises when lifting and giving the car gas have quieted WAY down. The remaining crashing noise is due to the clearances in the LSD and seems to be normal for these units.